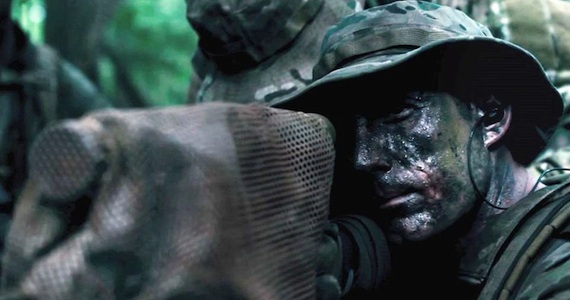 Review: Act of Valor received the most shrill, disgruntled, personally irritated, and more than vaguely pathetic criticism I’ve seen dished out on any movie. It pushed a lot of buttons. Stepped on a lot of P.C. toes. Slugged a lot of tender, sleepy faces. Do you think it just might have done something right? Oh, ya think?

Give it up for this one, people. This movie rocked. No, it wasn’t perfect, and if I could change just three things, they’d be 1) the musical score, especially the opening five minutes…just, no music, please; 2) dialogue here and there, but mostly 3) the glorious sunset glow over the whole thing. Because, to sum it up, this movie’s only real weakness is some low-grade mawkishness, but nothing that couldn’t be fixed with a grittier score (or no score at all), some tougher talk, and a more documentaryish, you-are-there filter.

True, Navy SEALs can’t act. But most of this movie isn’t acting. True, it’s essentially a recruiting poster brought to life. Um…so? And true, it’s massively gung ho. Well, it’s the SEALs. This movie is a tribute to the best of the best, and if that’s its biggest crime, you can count me guilty by association. The only reason our bugles can play “Taps” with any honesty is because of dudes like these. Hold that salute. Here’s to damn few.

Review: The gosh-awful, fedora-sporting divinities trip the script as often as they do the divinely attractive mortals at its center. This is probably the only time I wanted the plot to scram so I could focus on watching the cute couple. 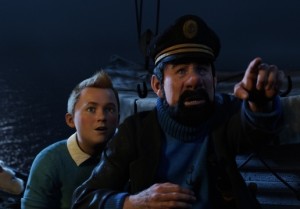 Review: Never read the books, but enjoyed a good bit of this hyperactive bonbon toting its characters like so many (brilliantly) CGI-ed sprinkles.

Review: Eye-crossingly tedious. I have a lot of stamina whenever it comes to Daniel Day-Lewis, but jeepers — Scorsese does not know the meaning of “delete scenes.” If I absolutely must watch a syrupy love triangle, at least make it less than a fat 2 hours. 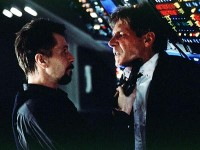 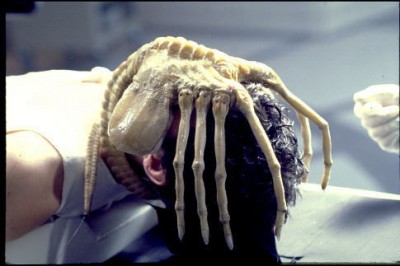 Review: If you believe in a dark, frightening, wretched world that crawled out of primordial goo with no Creator in sight, then Alien should be your favorite movie. No God. No hope. No point. No plan. Nothing but survival of the luckiest and ghastly, ghastly deaths for those who aren’t. I appreciated this movie because, if I’m going to put myself through grisly nihilism, I prefer my grisly nihilism to be well told, and Alien is. Great dialogue, diverse characters, solid pacing, logical story, and a strong trajectory — just about everything Ridley Scott scrapped when he made Prometheus.

Review: One of those irking movies that swaps warmth and satisfaction for wild unpredictability.

Review: I have no idea if Mozart was really such a silly, conceited, dirty-minded, puerile brat (though, having been the pet of the courts since he was a toddler, he probably was), but regardless of that, the movie is amazing because it gives us a frightening view of ourselves. You won’t find any heroes here, but you will find a mirror. Every one of us would, apart from God, become just like the disgruntled, desperately envious Antonio Salieri — another Jonah who cannot abide to see God’s grace bestowed on the unworthy, to see His glory shine in such a dishonorable vessel. Bitterness, as one genius put it, is drinking poison and waiting for the other person to die. Salieri is a bitter man, a poisoned man, and in killing Mozart, he attempts to kill God, and only succeeds in digging his own rancorous grave. 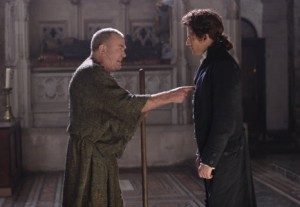 Review: Over-zealous and over-simplified. Looking at the talents of the cast (minus Ioan Gruffudd, who has yet to impress me with anything beyond his admirable cheekbones), I was hoping for more out of this film, but now I know better than to trust Michael Apted, who went on to even worse blunders with The Voyage of the Dawn Treader.

Review: Perhaps The Amazing Spiderman didn’t quite justify the need for a remake, but between Andrew Garfield and Toby Maguire, I’m with Garfield. The story, dialogue, and special effects are more real without losing all the glossy fun of the superhero genre, and Peter Parker goes through a tougher, more nuanced transformation than what boils down to the rather simplistic “with great power comes great responsibility.” Emma Stone is also a delight as the considerably classier Gwen Stacy (who suits the nerd-next-door much better than the often braless MJ).

Review: This was rather grimy, burly, and out of shape, which seems to be Ridley Scott’s forte more and more lately. Denzel Washington is suitably likable as drug tycoon Frank Lucas — but he stays too likable. Couple this villain worship with a tarnished hero (Russell Crowe), and scads of sex, nudity, and vulgarity, and American Gangster becomes just another impressive production that besmirches the line between good and evil.

Review: Toothless and disposable. At least The Da Vinci Code was a fairly decent film, even if it was also a risible heap of blasphemous hooey. Angels and Demons is just the latter. 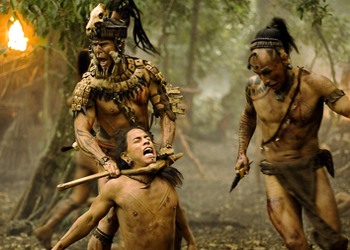 Review: Possibly the most nauseating movie I’ve seen. (I watched this while eating dinner, and within five minutes had to turn it off so I could actually swallow my food in peace.) Like The Passion, this movie threw a lot of people into a tizzy with its merciless, grotesque honesty, which leaves us with the central question: is the violence justified? I’d have to argue yes. But I still couldn’t recommend this movie to most people. The story needs it, but not everyone needs the story. If you tend to fall for the rubbish about the “noble savage,” then watch it, because what Apocalypto does best is show paganism in all its hellish glory, contrasting it with a single moment of Christian gospel at the end. But if you already know that the Mayans ripped beating hearts out of their sacrificial victims (among many, many other horrors), then you don’t need to abuse yourself with this one. You’ll just feel exploited and beat up.

Review: Screenwriters, editors, and director worked together to boil this story down to all the best nail-biting moments — strung together slow and unbearably taut. From the first second, you don’t feel like you’re watching this on CNN. You’re actually with the American hostages in the same room, sharing the same sweat. That Affleck didn’t receive an Oscar nod should go down as one of the most unforgivable snubs in Hollywood snot history. 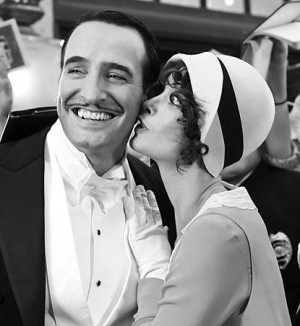 Review: Really enjoyed this amazingly risky throwback to silent films, though I’d tweak the timing of the hero’s transformation. The silence is golden, but it’s broken too late. 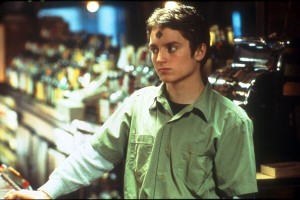 Review: Turned it off after half an hour and snapped the DVD in two. Dialogue was lazy and foul — the laziest and foulest I’ve seen of all lazy and foul crappy crap. If Edward Burns ever had a clue about how to write and direct a film, he took that clue, flushed it down the toilet, fished it out of the sewer, buried it six feet deep, and did the chicken dance on its grave. Made me wish Burns had gotten a load of buckshot to the heinie in every other movie I’ve seen him in.

The Assassination of Jesse James by the Coward Robert Ford (2007) 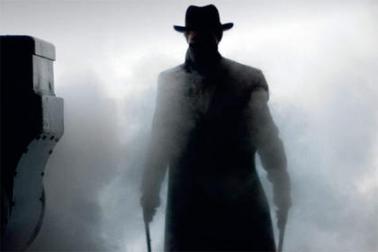 Review: This brooding story meanders a bit long and slow, but Casey Affleck’s wowza performance makes it all worth it.

Review: I love it when a movie comes together. A rocky start (it tries to cover several TV episodes in the first 20 minutes) is quickly overcome by fun, nonsense, noise, wit, and generous overkill. Patrick Wilson deserves a special award for conveying buckets of frustration without uttering a single syllable (since this was supposed to remain PG-13).

Review: This movie isn’t nearly as powerful as the story it tells. Low budget, bad acting, shabby storytelling, no resonance. 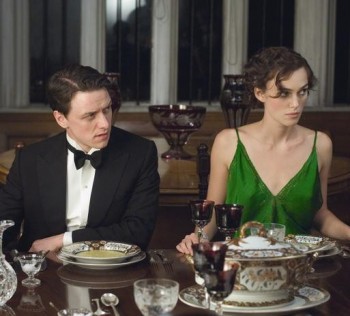 Review: A little liar who wrecks her sister’s life grows up to write a book that ends the way her sister’s story should have ended. It’s an admirable idea. But the numerous dislocated story joints destroy the pacing, and the library scene (not to mention Keira Knightley’s bony back and shoulder blades) don’t induce me to care much at all whether these lovers get their happy ending.

Review: Avatar (bright, blue, and beautiful notwithstanding) is very much its own satire. If I were to make a parody of Avatar, I would make, well, Avatar. It was bad on so many levels. Politics? Wretched. Message? Abysmal. Music? James Horner. Story? Hackneyed up a storm. (I predicted every move after the first five minutes, and I hadn’t even seen Pocahontas.) It was also loooooooong. Way too long. If I had to pick between watching this again and listening to a drunk guy stretch out an old, boring  joke without ever reaching the punchline, I’d go with the drunk.

Review: Director Joss Whedon had the same challenge as his heroes: exactly how are we going to handle so much awesome sauce in the same movie? But handle it he did, and with a surprising amount of brain mixed with all this monstrous brawn. Trust the writer of Toy Story to juggle an ensemble cast and deliver a solid story bursting with wit and flair and fun. One of the best movies of 2012.

Review: This was brilliantly and disturbingly real. And no fun at all.

One thought on “Movie Reviews: “Act of Valor” to “The Aviator””