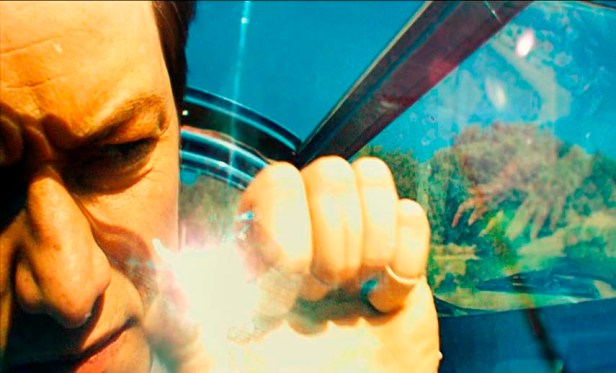 Okay. Not much sense acknowledging how sharply the man is dressed before putting a bullet in his brain. Let’s just say this. I’ve loved Danny Boyle ever since I saw Slumdog Millionaire in early 2009, and almost every movie of his that I’ve seen now ranks in my top 20: Slumdog Millionaire, 127 Hours, 28 Days Later, Sunshine, and … well, the only reason I turned off Trainspotting was because I’m not a constipated cotton-shooter who needs to be smacked upside the head and told to get a life, though trust me, if I were, I’d finish it.

But Trance … you, my nasty little friend, are going out in the chamber pot.

I’m not really going to talk about the plot. You’ll be less confused if I don’t even try. There’s enough to complain about elsewhere–like all the graphic gore, nudity, sexuality, and sexualized violence which, decency aside, are downright artistically ratty. Boyle is normally a virtuoso as much at what he doesn’t show as at what he does; think of the ninja-like camera dance around the mansion in 28 Days Later’s final rampage, or all the back-and-forth, past-and-present shifts throughout Slumdog Millionaire. But here, Boyle leaves nothing to our imagination and handles all the most striking images (which shouldn’t have been invited to the party in the first place) with all the subtle dexterity of a 12-month-old ridding himself of a detonated diaper. You just wish he wouldn’t. Touch. Anything.

This is also (hate to say it) the only Boyle film where I got flat cotton-picking bored. When? Right when they slept together, of course. (They? Who? Both of them. All of them. I mean, all three of them, but not at once. No, I’m not going to explain.) It wasn’t just the immorality of the thing; the story grip itself went completely slack–and I mean the minute they hanked the panky. Why?

Hello and welcome to dreary chick-flick territory–a place I never dreamed I’d find Danny Boyle. A crucial point that writers of both books and film alike don’t understand (besides the Ten Commandments) is that an unconsummated relationship brings more power to a story, not less. Purity isn’t just a good halo burnisher, it’s a plot device. And a strong one. It’s a hook. Hooks draw you in. The tension provides more emotional investment in the characters because you care for them as you wonder how (and if) this is all going to work out–the right way, by the way, which includes wedding bells. 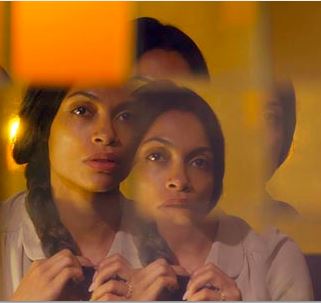 But as soon as the couple jumps into bed, it’s gone. Fizzle. Sputter. Die. The only question now is, how soon is their relationship going to wind up on the rocks? Because you know it will. Simply cue the next chick flick. Every romantic comedy picks up where the last one left off. The happy couple at the close of Leap Year is the same couple who breaks up in the beginning of When in Rome. Why? Because these people do not change. They always think they’ve found the person that will make marriage work, but marriage doesn’t “work.” People work. And they work on their marriage. If you’re a bad driver trying to find the one magical car that won’t wrap itself around a tree the next time you go off the road, then you, my dunce, should go to Germany and learn to pass an actual driving test.

On top of all that, Trance badly abuses its audience with tacky and obnoxious sleights of hand. No one likes a movie with no surprises, but no one likes bad surprises, either. Story twists, like magic tricks, ought to leave the audience wowed and pleasantly jolted. Convoluted wasn’t the problem; I diligently kept up with all the narrative hairpins that made Inception feel like I-10 across Texas. But for what? A scurvy bait-and-switch. That was the problem. During Act III, the screenplay felt suddenly mashed together by 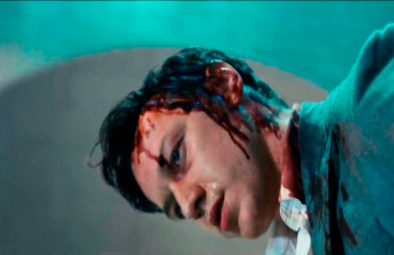 two writers playing rigmarole with no concern for continuity or even the feelings of their audience as they swapped plots, swapped points, swapped main characters, and derailed a brilliant and engaging premise into sheer random silliness and utter vulgar fiasco. The writers took their brainchild, dropped it on its head, and served us the splatter: the most spectacularly scabby, postmodern soiling of the line between fact and fiction, memory and imagination, unsympathetic characters and worse unsympathetic characters that I have ever seen. By the end of the movie, I hated everyone in it. But especially the writers. You, Joe Ahearne and John Hodge, can take your tricked-out humbuggery to the dollar store.

Trance is visually awe-inspiring. The story, for the most part, spellbinds. James McAvoy and Rosario Dawson and the hot French dude who lost the diamonds at the end of Ocean’s 13 are winning wowed reviews right and left. But it’s all a scam. Danny Boyle (et al.), you have magnificently created something so absolutely breathtaking in its engineering expertise that for over an hour, you had me convinced that what fascinated me wasn’t actually just a dazzling, obviously well-loved and labored-over sack of puke.