It’s an ambitious title. Not only do you have the doomsday drama of the underlying premise that Christmas needs saving (shouldn’t we all just calm down?), but then there’s Kirk Cameron’s obvious claim that he’s the one to save it. Well, well. What hubris. How embarrassing for the entire Christian world to have a guy on their own team—the Left Behind guy, no less—come up with something like this.

I braced myself for bad acting, kitschy dialogue, homemade effects, and treacly morals wrapped up in ribbons of mortifying sentimentality. What I received was made of much sterner stuff: history, heretics, tough theology, and the kind of fierce gladness that rightly scares an unsaved people. 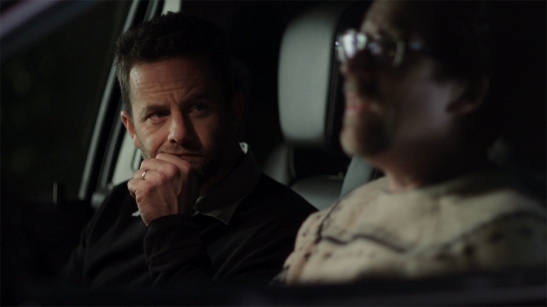 Kirk Cameron, armed with the sort of twinkle that would quickly get him turned to stone in certain stories, bares a heart of cheerful faith for secular talons to have at it. Ready your petty sneers, dark world. You can’t touch this kind of joy. Soldiers with sharper spears than you tried to kill it two thousand years ago and those soldiers have since kissed the Son—before they perished in the way, or after.

Part of appreciating the movie is realizing what it is not. It is not a drama, an action thriller, or a documentary. It’s sort of all three put together: a tale inside a tale—both of them tales that we need, featuring two talented characters who happen to attend Christ Church with me here in Moscow. (No, Cameron isn’t one of them, though we’d happily take him.)

I could go more into the plot, but the rundown would consist mostly of me saying, “I liked this part—oh, and I loved that part—and that moment gave me chills—and this one set the room cheering—Darren Doane’s face was SO funny—I’d never thought about the swaddling clothes like that—or the presents either!—Can I just watch it again?” and I’d be more excited than intelligible and it’d ruin the story for you anyway. So just watch it. 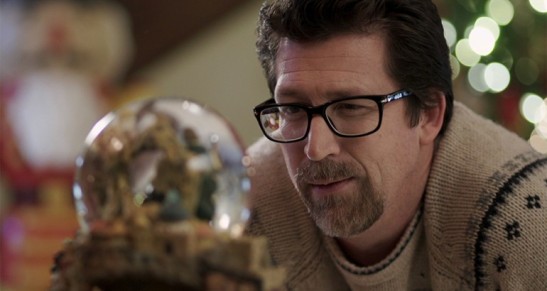 I will say this one thing I especially liked (and hadn’t expected). They do a great job driving home one of my favorite points from N. D. Wilson’s Notes From the Tilt-a-Whirl: You are a character in a story, and you have a choice to be the hero or the villain, the loving father or the sour jerk, the wise man from the East or a soldier from Herod’s court. If you saw yourself on TV, would you turn you off?

And the miracle of Christmas is that God Himself stepped into His own narrative to save us. Like The Nativity Story (which I also recommend), Saving Christmas puts us down in front of an old, familiar snow globe—two tiny parents, a tinier baby, a clean manger, adorable sheep, a glowing star—and turns the globe upside down so that we really see the magic. By the end, we feel that we have heard the story for the first time. We finally see it, as Kirk Cameron promises we will, “through new eyes.” 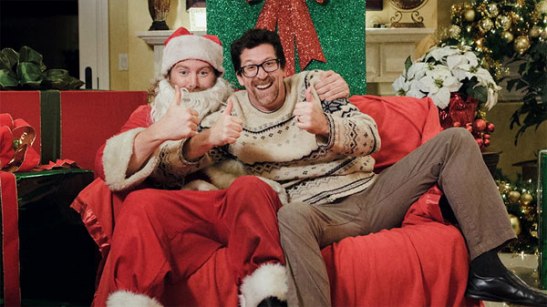 The movie is a party. It sounds like sleigh bells as Father Christmas slides through a winter wonderland where the curse has just been broken. It looks like the fattest, jolliest stocking you ever saw, presents spilling over the top. It feels like Christmas morning, tastes like warm fudge, and punches like St. Nick. As my friend Grace said, the words that kept coming to mind were “Christmas is coming!” along with all the images Lewis describes in the Pevensie children when they hear “Aslan is on the move.”

So deck those halls, sing wassail, and let’s go save Christmas.